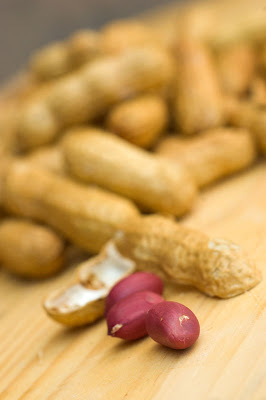 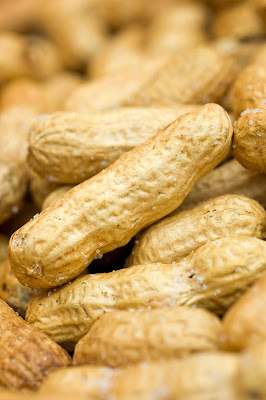 Here's something many of you don't know about me....I grew up in a city that is proclaimed to be the "Peanut Capital of the World."  What city is that, you ask?  Well, Dothan, AL of course!  :)
Not only do we have the best peanuts in the world right here in Alabama, but we've got some pretty awesome football, too!
On the eastern side of the state, you'll find a town called Auburn, and another little town called Tuscaloosa on the western side.   These two cities are home to the state's biggest rivals in college football, and the folks around our state sure do take their football seriously!  Your battle cry is either ROLL TIDE! (University of Alabama)  or WAR EAGLE! (Auburn University).  There's absolutely no in-between, people.  You must choose a side.  We're talking serious business here.  :)
Last weekend, the two teams played each other in the Iron Bowl.  Fans of both teams look forward to the big game every year, and this year I'm proud to say that "my" team - the Alabama Crimson Tide - came out on top!  They won 42 - 14.  Not only that, but we are currently ranked No. 2 in the country!
ROLL TIDE!
On game day, we had a little football viewing party at our house, and these roasted peanuts made a scrumptiously perfect snack while we watched the game.  Not only that, but the smell of them roasting in the oven was heavenly.  This recipe couldn't be simpler, and there just isn't any comparison between peanuts right out of the oven and the roasted peanuts at the grocery store.
I'll definitely be making these again soon.
Bon Appetit! 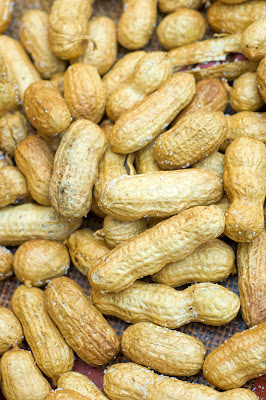 Ingredients:
Directions:
*Cooks note: If eating peanuts roasted right out of the shell, use Virginia or Valencia peanuts. If utilizing roasted peanuts to make peanut butter, use Spanish peanuts as they have a higher oil content.
Preheat the oven to 350 degrees F.

Rinse the peanuts under cool water to remove excess dirt. Pat dry and place in a large bowl and toss with the peanut oil and salt until well coated.

Place on 2 half sheet pans, making sure to spread them out into a single layer. Roast in the oven for 30 to 35 minutes, rotating the pans halfway through cooking. Once you remove the peanuts from the oven, let them cool slightly before eating. They will continue to "cook" and become crunchy as they cool.